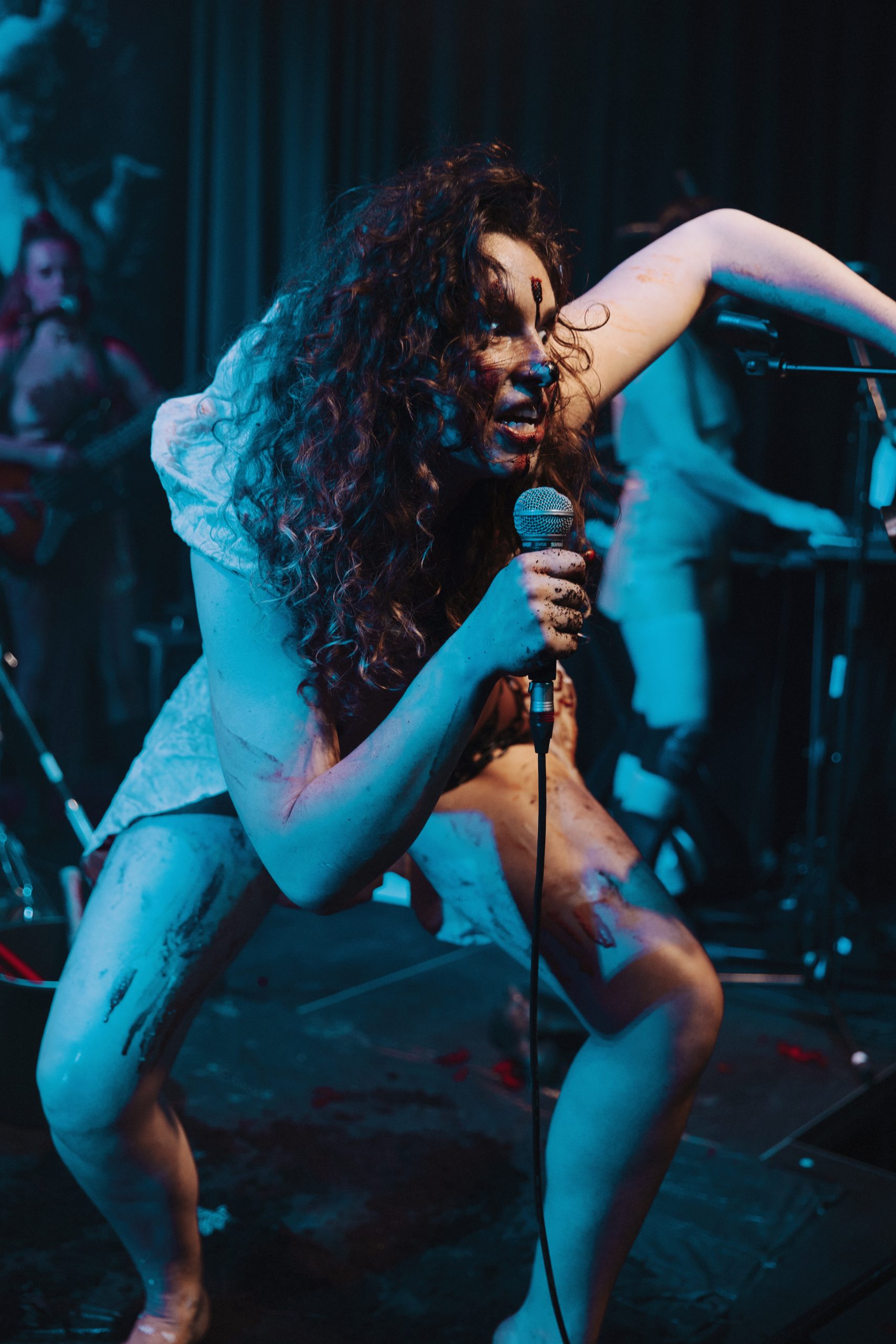 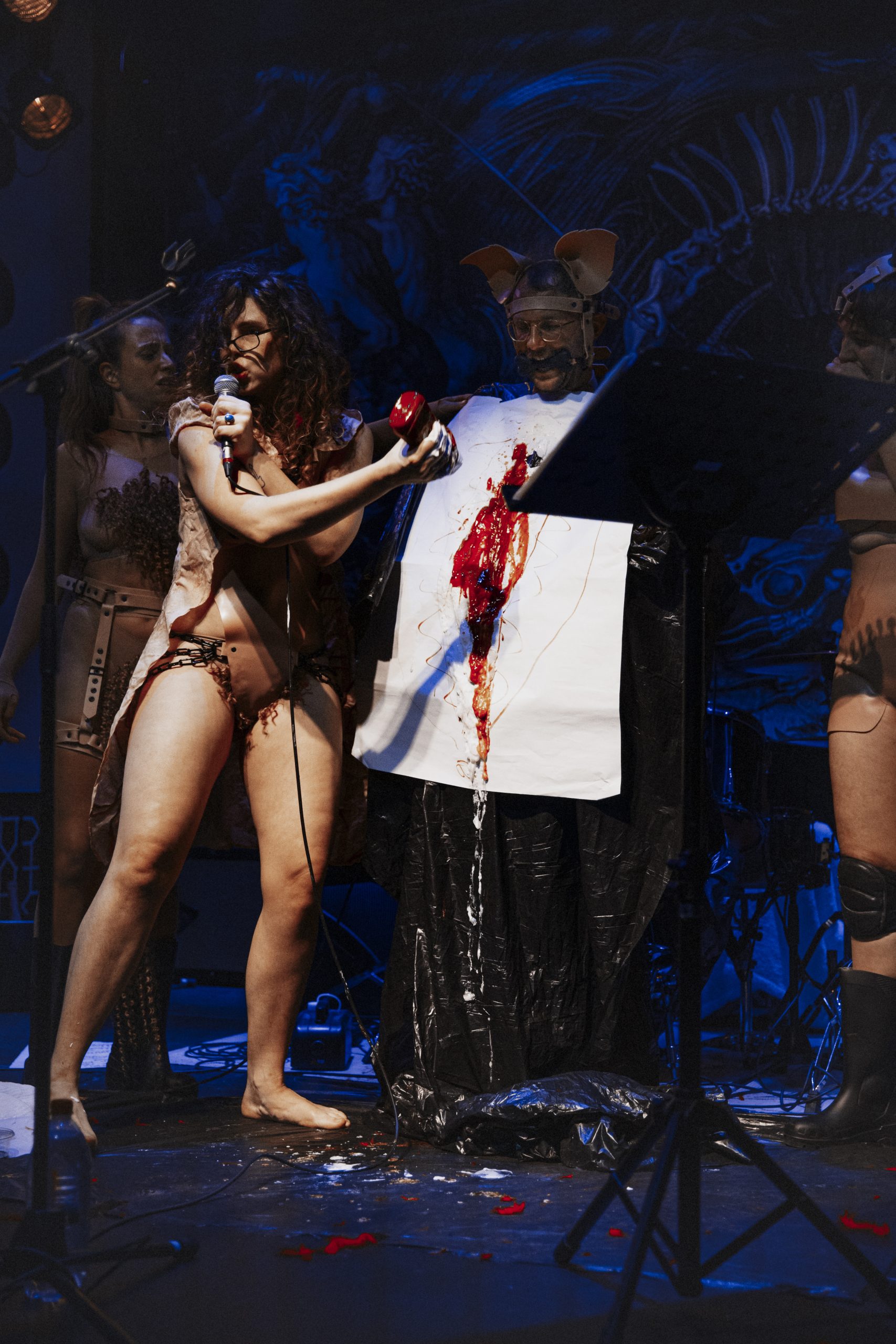 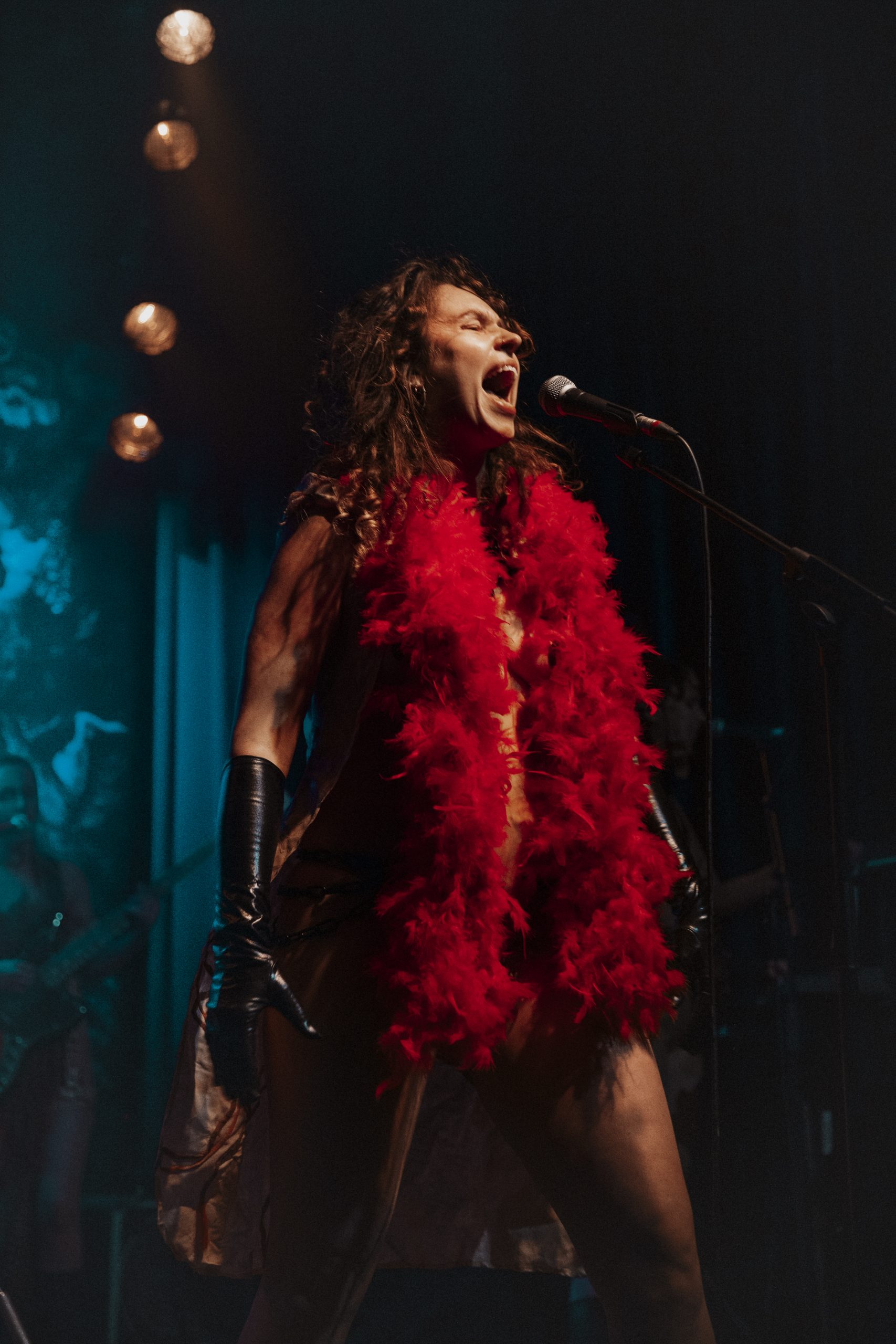 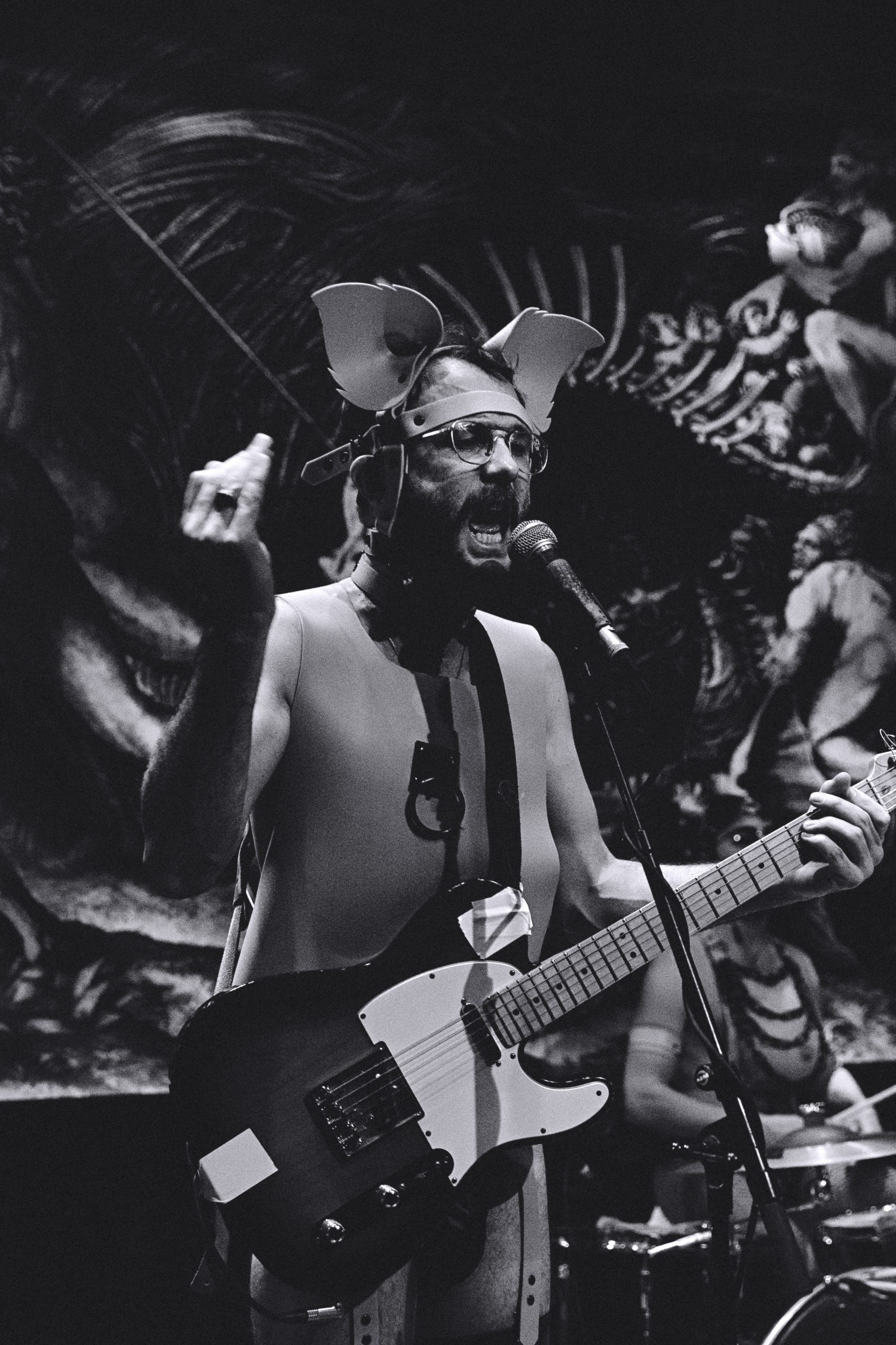 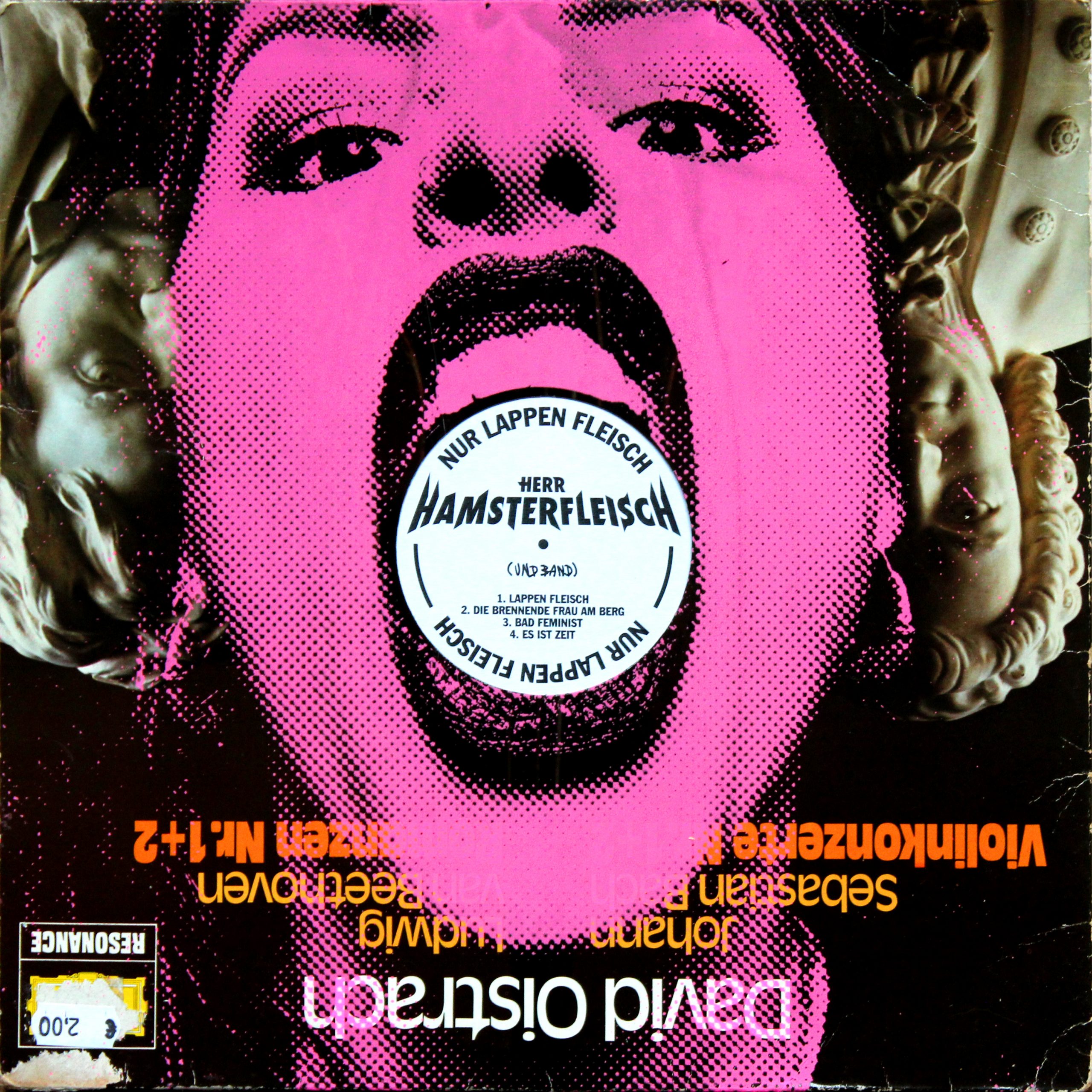 Die Hexe. The witch. The hag. The old woman. The single woman. The unattractive woman. The disobeying woman. The woman who picks mushrooms and drinks herbs. The woman who lives and sleeps with the moon. The woman who spreads her legs for Satan. The woman who eats little children. It is estimated that between 30.000 and 60.000 women were executed for witchcraft, in the years 1450 through 1750. This is a systematic mass murder, out of fear for anything that falls out of the patriarchal norm, and of which people today still talk about in a laughing matter. It is time to retroactively get real angry for once.

Die Hexe is a theatrical concert by the fake German punk band Herr Hamsterfleisch. In 60 minutes of head-banging punk songs, lyrical rock ballads and absurd activistic performances, the leading lady transforms into the archetype of the witch. And ode to the woman who is hard to love. An ode to the importance of getting angry. A reminder to the necessity to always keep fighting for something that is seemingly obvious, like fucking human rights.

Herr Hamsterfleisch is a radical feminist alter ego of music and performance collective Club Gewalt, with club member Loulou as virtuous lead. Once inspired by Nina Hagen, they make political “post-prog-punk” songs: Femine, Loud and Extreme. Performed in a made up German-like language and with a lot of noise. So, don’t forget to bring earplugs.

PROUDLY MADE BY
CLUB GEWALT