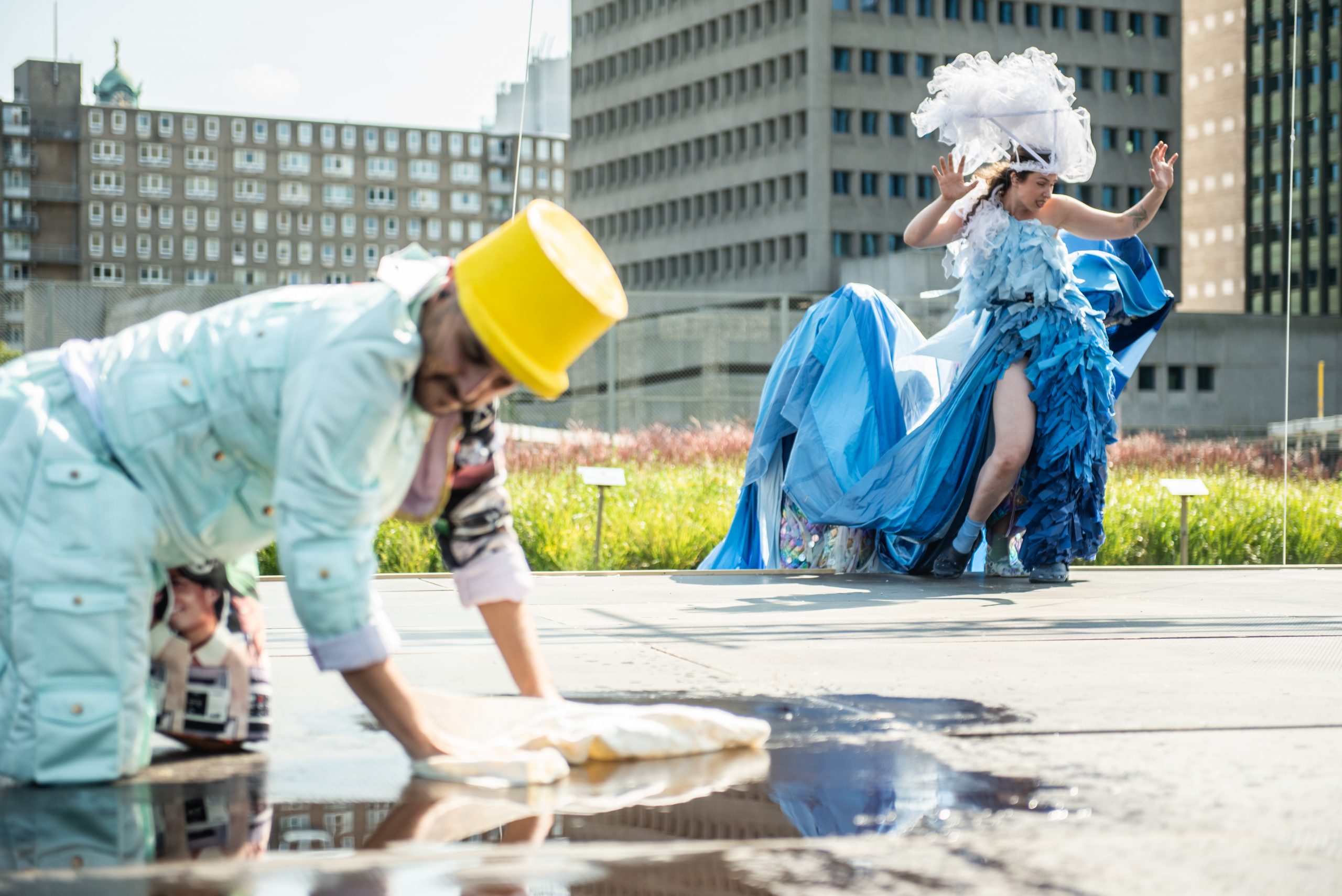 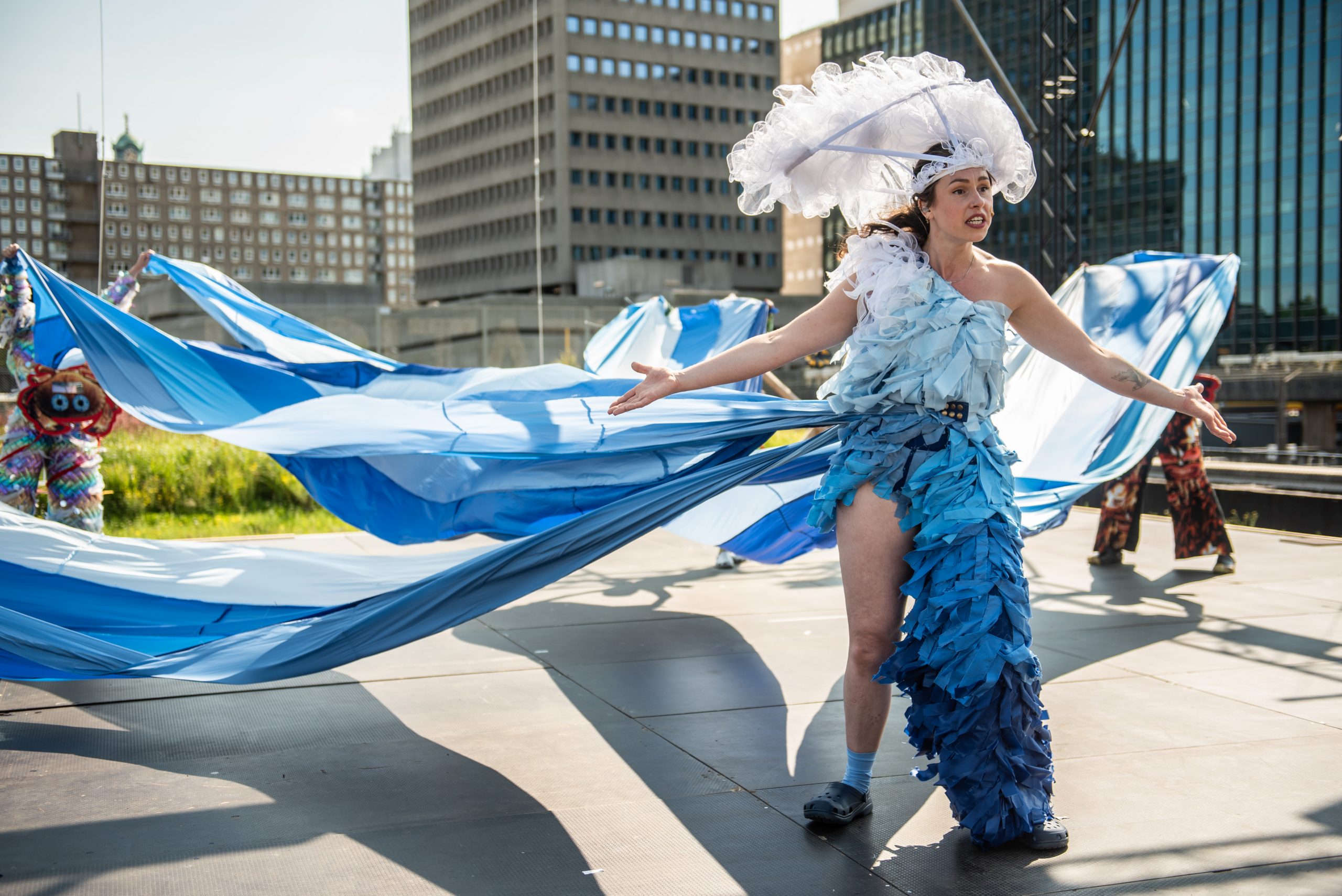 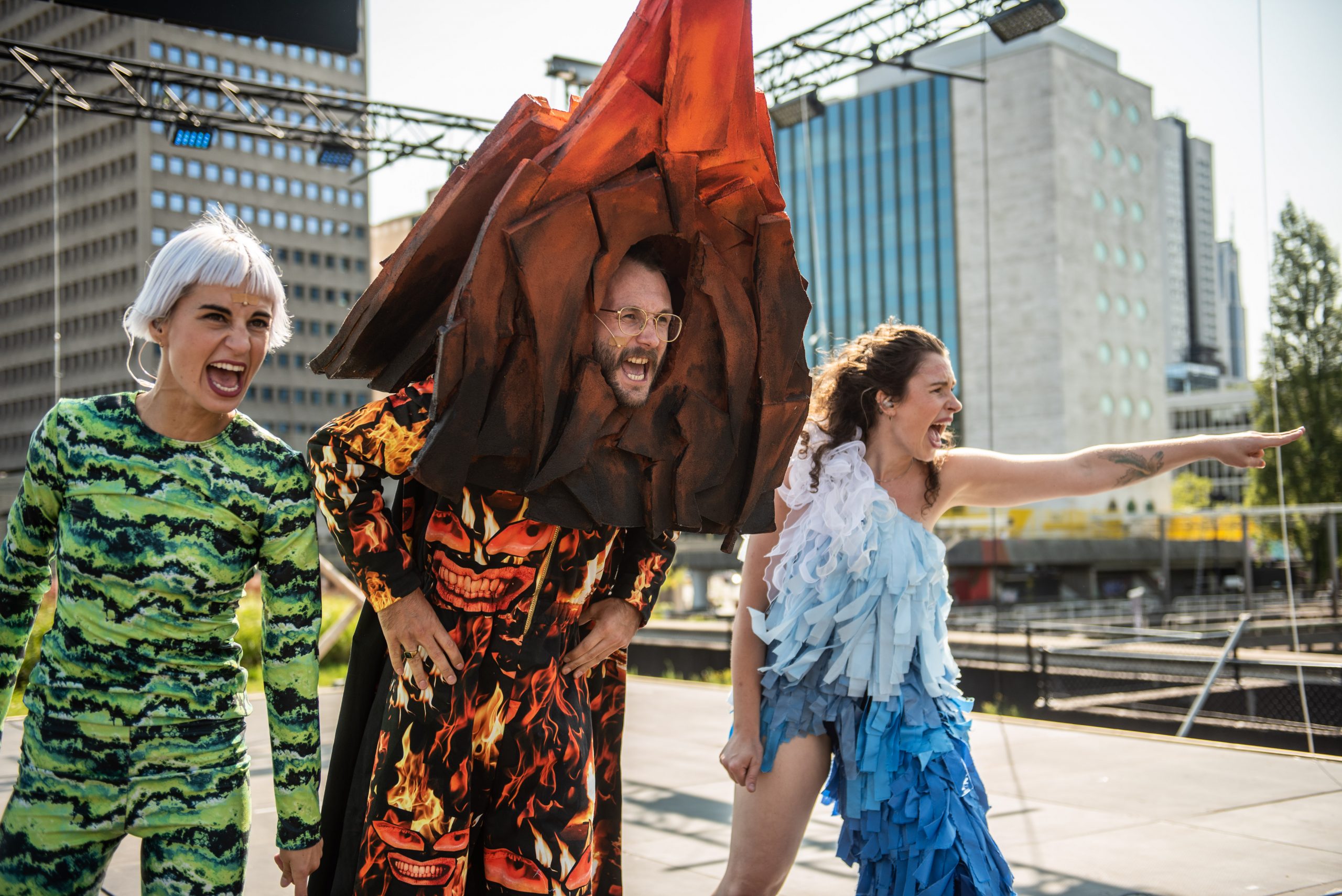 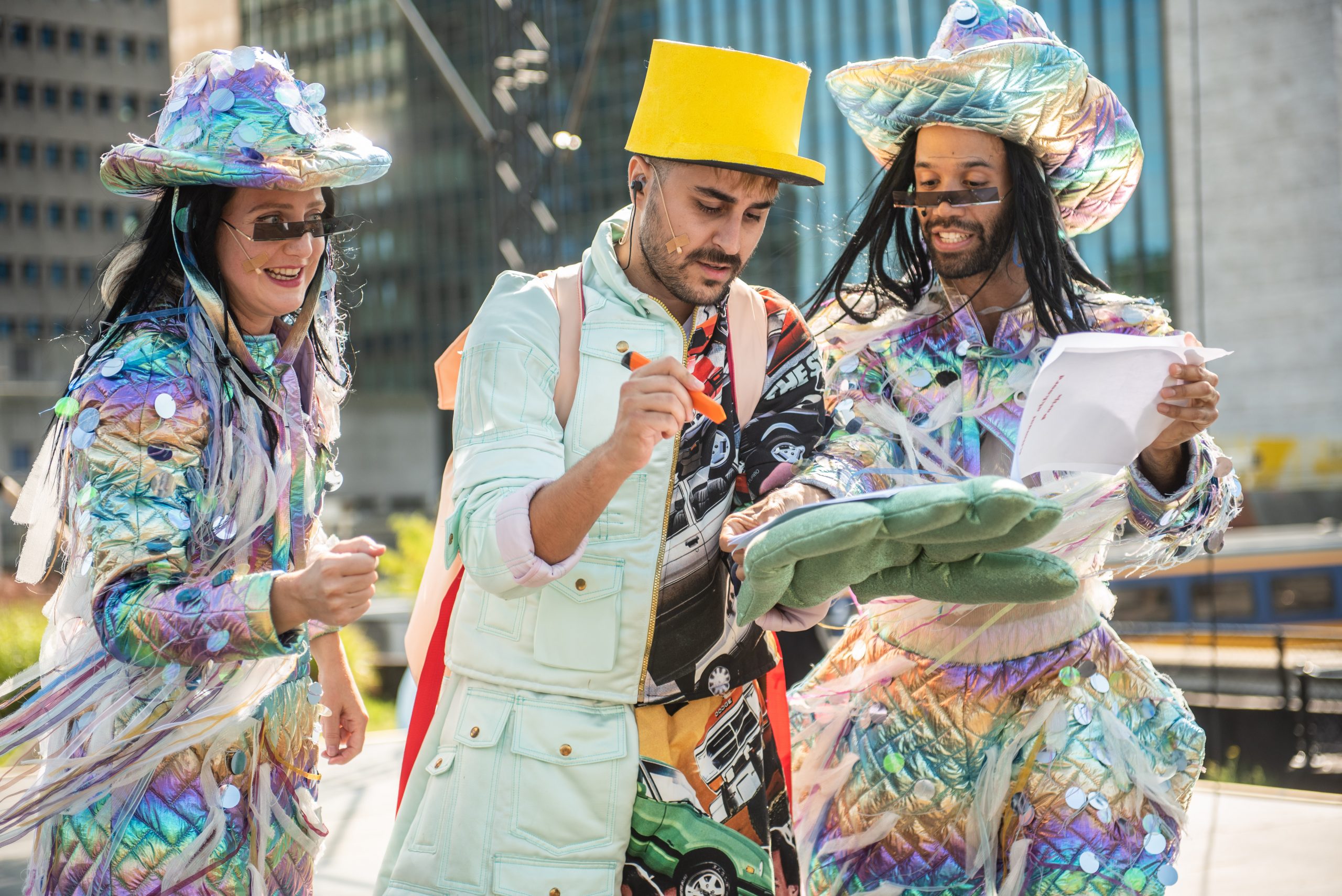 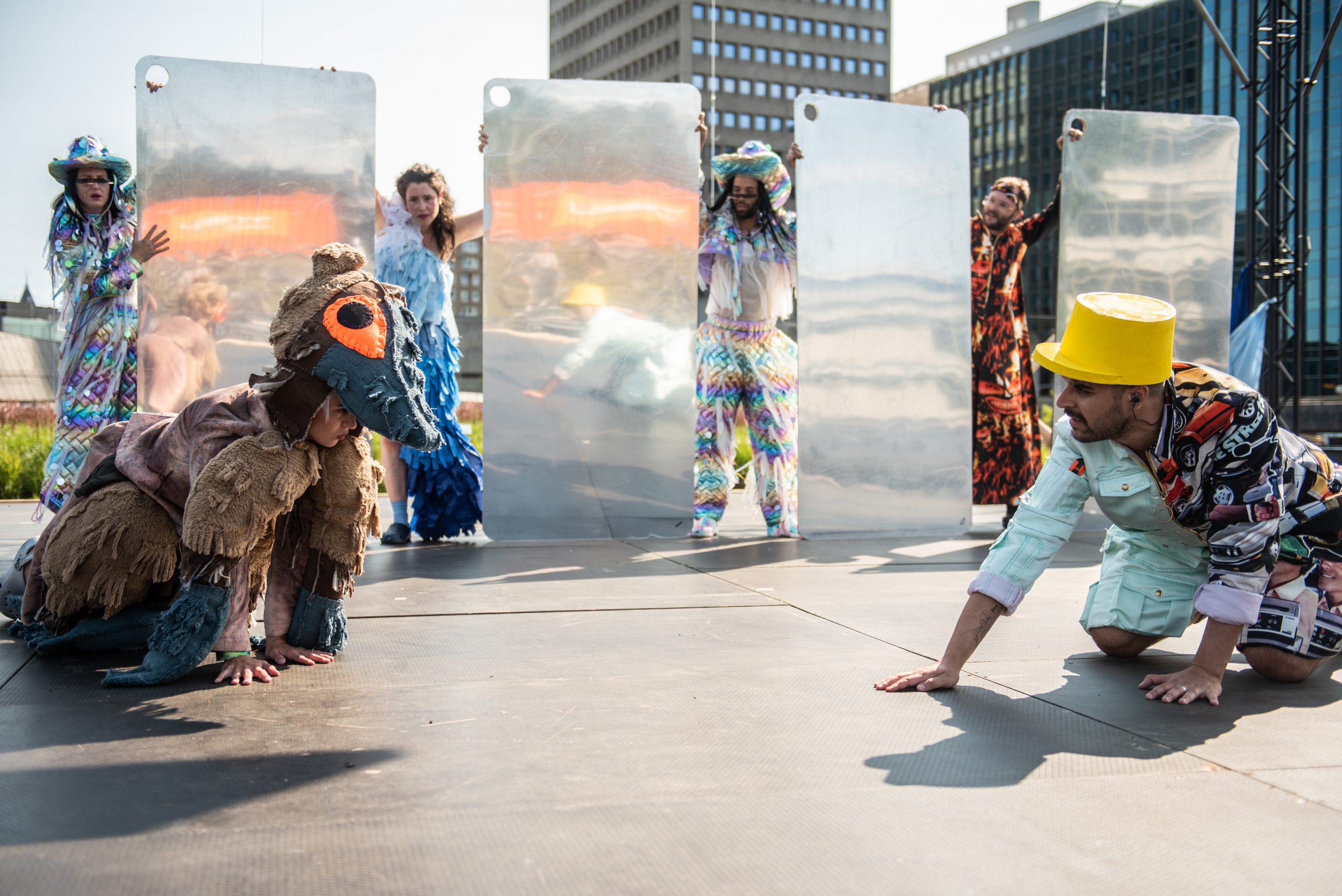 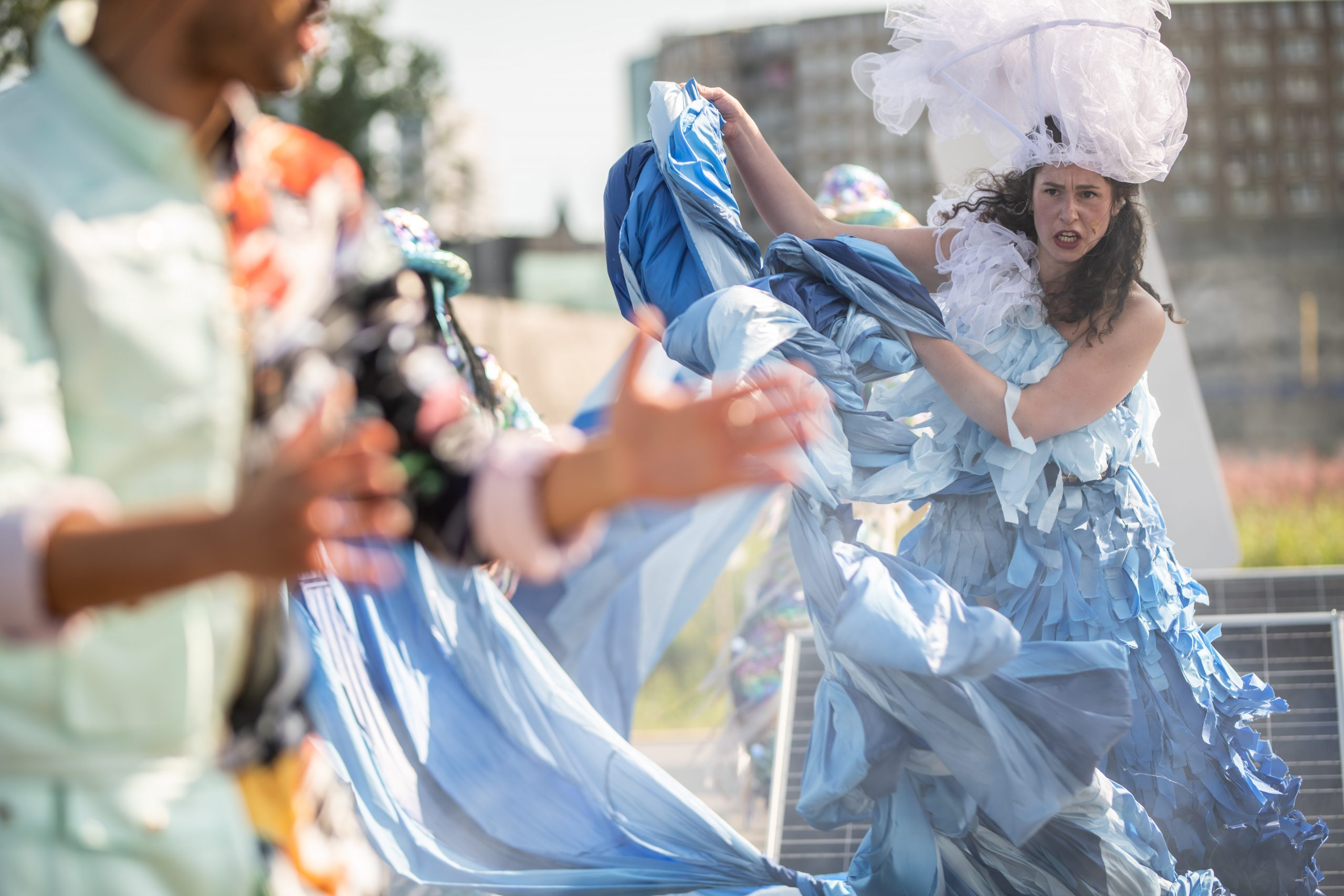 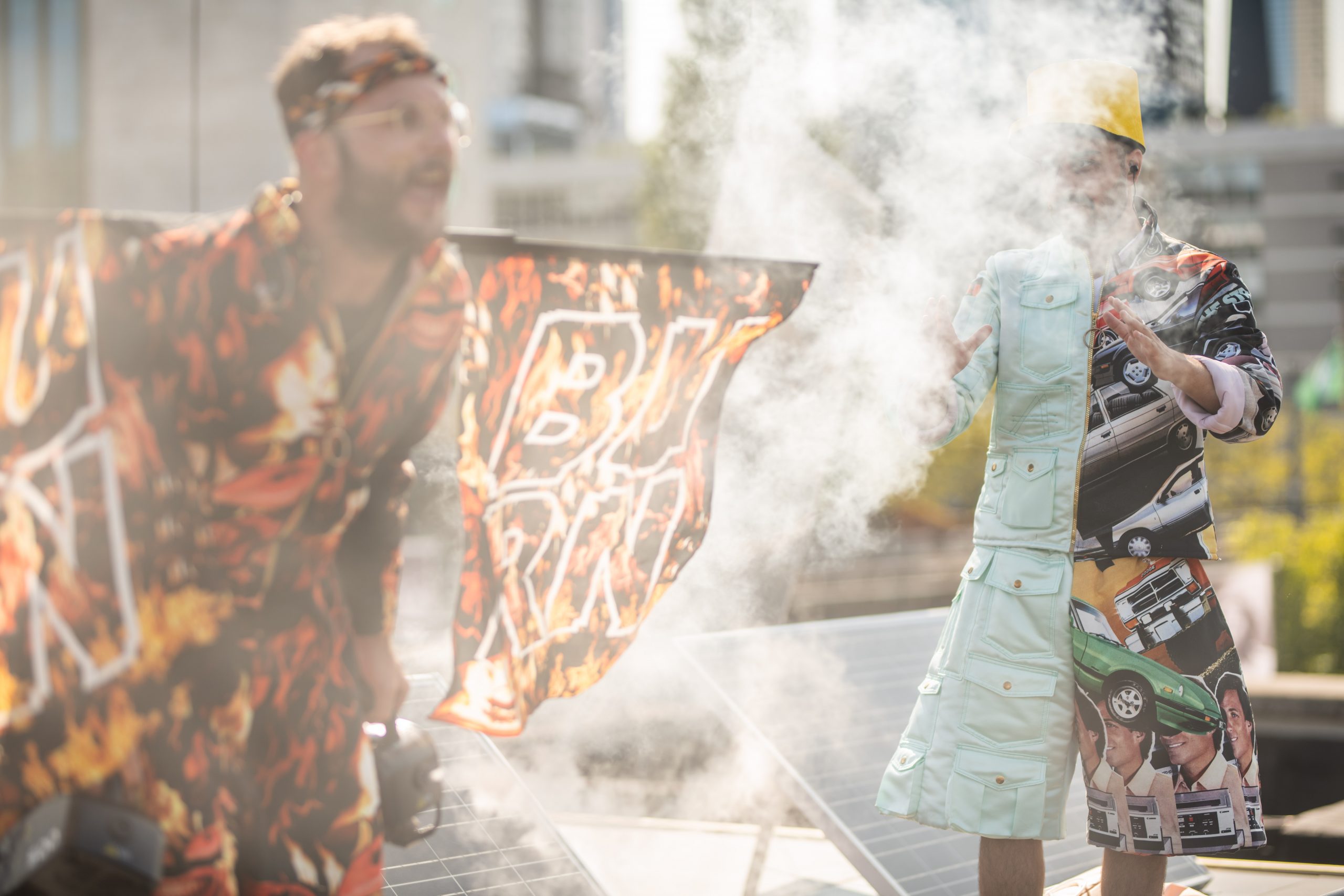 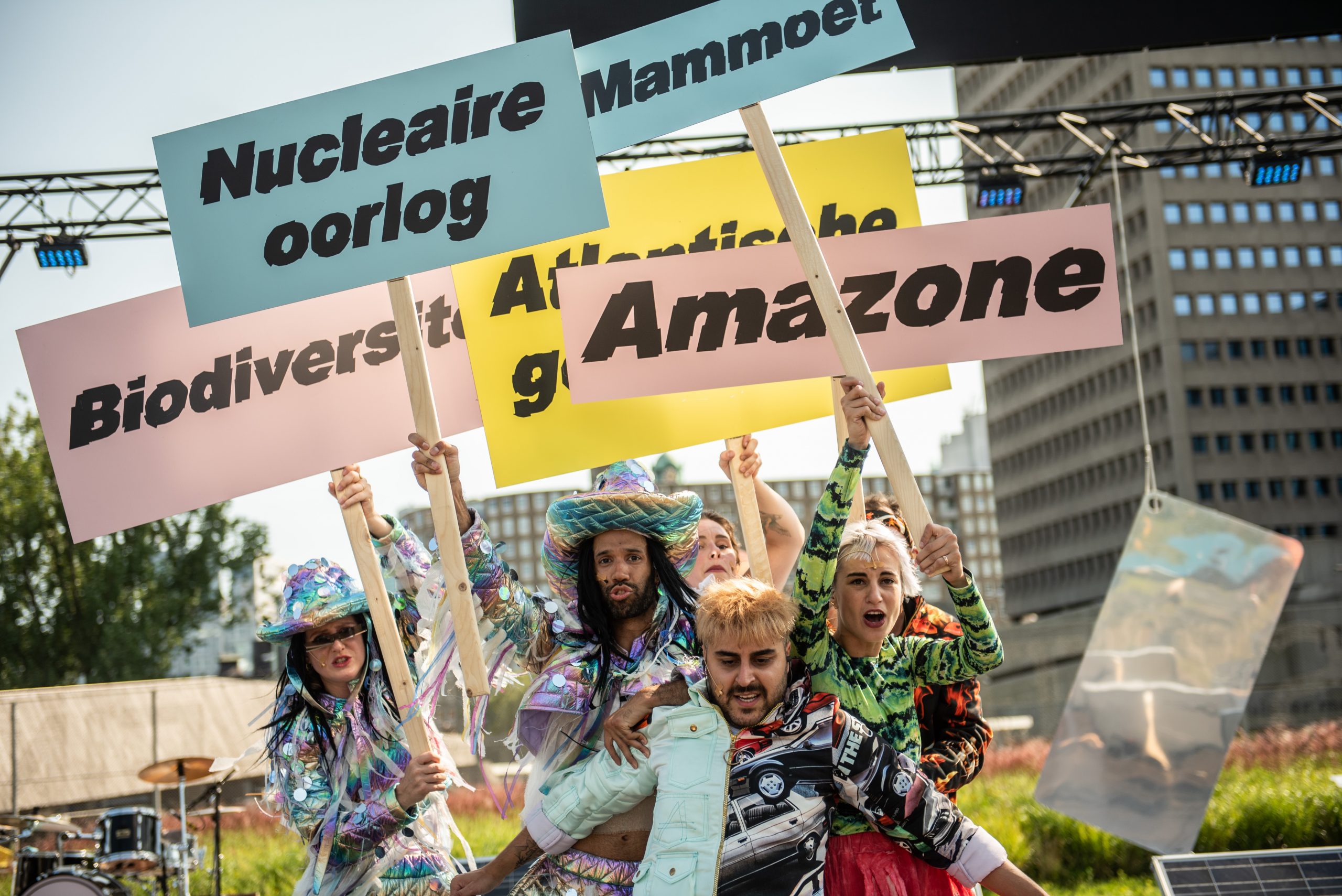 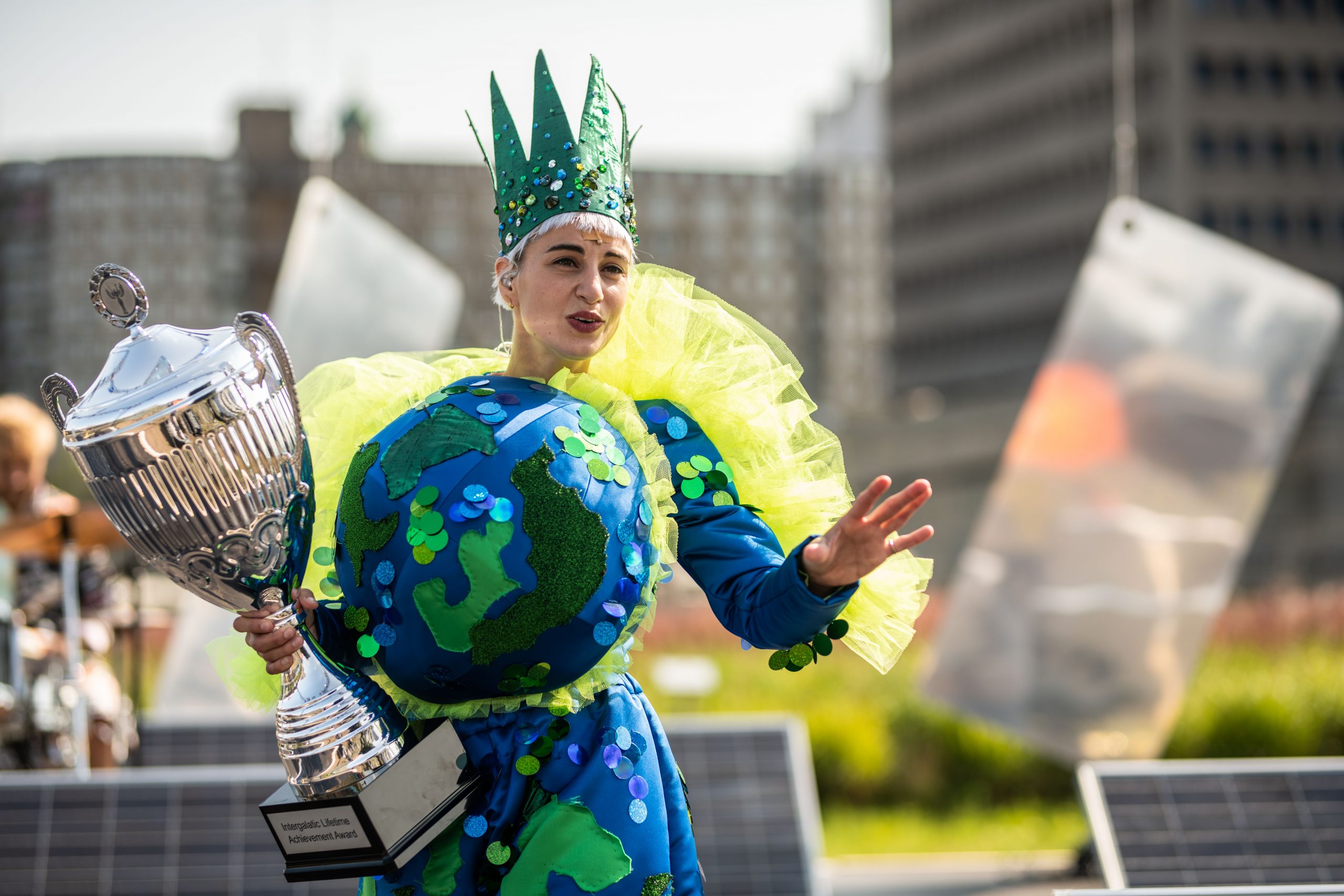 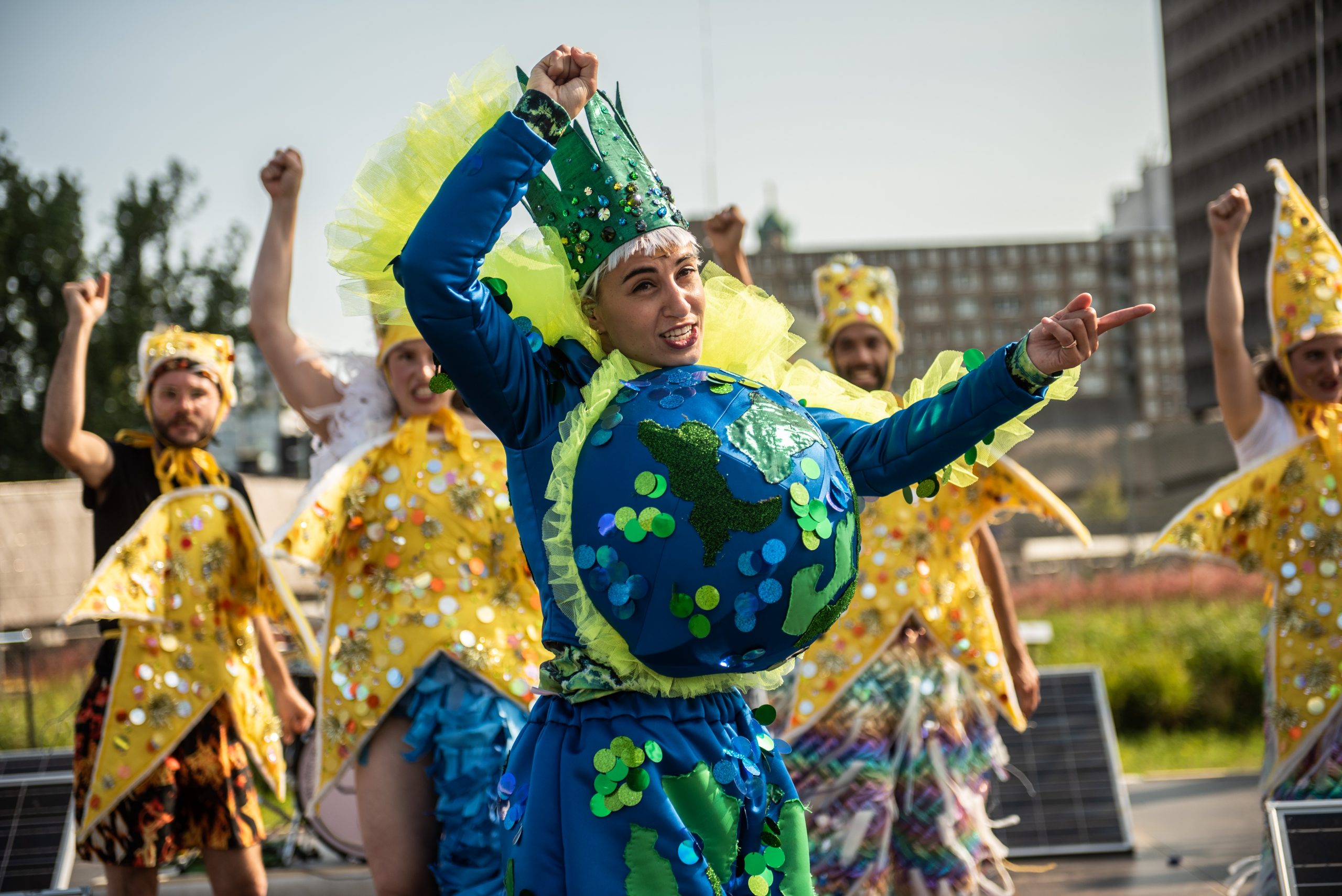 DYSTOPIC ECO-TAINMENT ABOUT HOW MAN IS DESTROYING EARTH

Science made it official. Together with this entire clump of rock & soil, we have entered a new geological era in which Man is the biggest influence on the earth’s surface: the Anthropocene. And we = fucked.

Anthropocene, the Musical is a musical on steroids, that turns to our last resort in this ecological crisis: making its complexity bearable through a showstopping epos with song and dance.

In an exhilarating opening-song that would make Walt Disney jealous, Man sings of the beautiful Dutch landscape; the flower bulb fields, the polder meadows, the dams. But then suddenly a dyke bursts open and ruins the delightful tunes. Ocean makes her entrance to ring all the alarms: natural resources are running out, climates are flipping, according to the latest calculations so-called tipping points will be reached within the next eight to eleven years and David Attenborough already made a documentary that says farewell to our beloved Gaia. With the help of his new friends the Jellyfish, Man decides to step up and starts slapping together a bit of innovating geo-engineering. But will it be enough to prevent an apocalypse?

Tickets
PROUDLY MADE BY
CLUB GEWALT